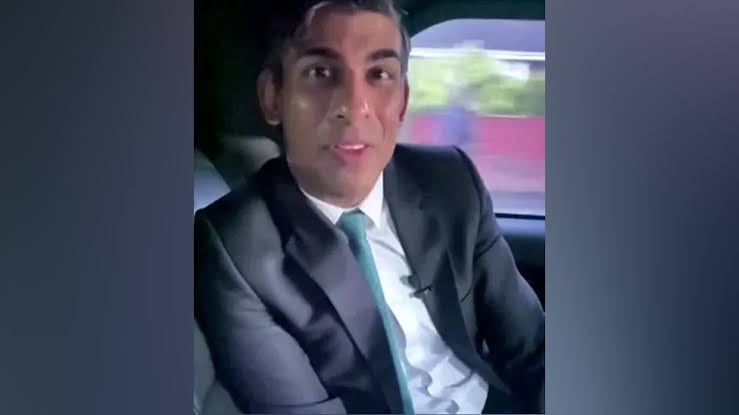 Prime Minister Rishi Sunak has been fined for not wearing a seatbelt in a moving car while filming a social media video.

According to the British Broadcasting Corporation, Lancashire Police said it had issued a 42-year-old man from London with a conditional offer of a fixed penalty.

No 10 said Mr Sunak “fully accepts this was a mistake and has apologised”, adding that he would pay the fine.

Passengers caught failing to wear a seat belt when one is available can be fined £100.

Speaking to BBC Breakfast, the deputy prime minister said Mr Sunak was “someone with the highest standards of integrity” who had “made a mistake on the seatbelt issue”.

Dominic Raab said the PM was “a human being doing a demanding job” and had “put his hands straight up” and apologised.

The prime minister was in Lancashire when the video was filmed, during a trip across the north of England.

The video – to promote the government’s latest round of “levelling up” spending – was posted on Mr Sunak’s Instagram account.

It is the second time Mr Sunak has received a fixed penalty notice while in government.

Last April, he was fined along with Boris Johnson and wife Carrie for breaking Covid lockdown rules – by attending a birthday gathering for the then-prime minister in Downing Street in June 2020.

‘Disregard for the rules’

Fixed penalty notices are a sanction for breaking the law, and mean a fine, which needs to be paid within 28 days, or contested.

If someone chooses to contest the fine, the police will then review the case and decide whether to withdraw the fine or take the matter to court.

Labour’s deputy leader Angela Rayner said in a tweet that Mr Sunak was a “total liability”.

A Labour Party spokesperson added: “Hapless Rishi Sunak’s levelling-up photo op has blown up in his face and turned him into a laughing stock.”

The Liberal Democrats said, in becoming the second ever serving prime minister to be fined by police, he had “shown the same disregard for the rules as Boris Johnson”.

“Whilst they continue to behave as though it’s one rule for them and another for everyone else, this fine is a reminder that the Conservatives eventually get their comeuppance.”

Exemptions include having a doctor’s certificate for a medical reason, or being in a vehicle used for a police, fire or other rescue service.