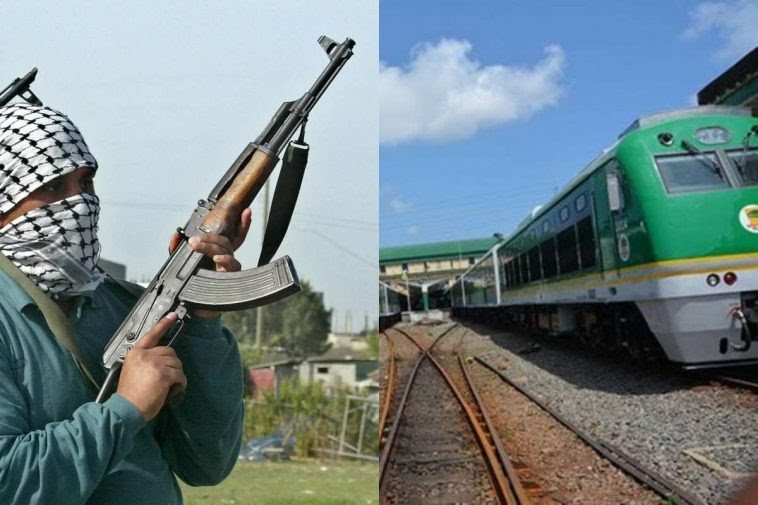 It is no longer news rail passengers and rail infrastructure have now become targets of attacks by thieves, bandits and terrorists in recent times.

In March last year, terrorists attacked a Kaduna bound train coming from Abuja, killed some passengers on board and kidnapped others.

The bandits reportedly attacked the train around Dutse axis in Kaduna, just a few kilometres to the Rigasa Train Station in Igabi Local Government Area of the state.

Though some of the kidnapped passengers were released in piece meal, the last set, 23 in number, were released August last year after being held under inhuman conditions.
Only five months after, another set of train passengers and officials of the Nigerian Railway Corporation were kidnapped, this time, in Edo state.

The incident, which involved about 37 victims,  which happened on Saturday, January 7, at the Igueben train sub-station in Edo State, while several other passengers were injured.

Aside attacks on passengers, railway infrastructure in the country is also badly affected.

Recently, the Nigeria Security and Civil Defence Corps, Kaduna State Command, said its operatives recovered 1,100 railway slippers from vandals in 2022 in the state. Badamasi said four suspects were apprehended in connection with the railway slippers. Railway infrastructure in several other parts of the country have also been vandalized.

Though it is commendable that the federal government has put some security measures in place at the Abuja-Kaduna rail corridor, recent happenings indicates that government must develop a holistic approach in order to check this ugly trend.

This is also a clear indication that the Lagos state government should be proactive in providing all necessary security measures in place as the Blue and Red Rail lines take shape.

For the Red line, since the tracks are going to be shared with the Nigerian Railway Corporation (NRC), the state government should work out security modalities with the NRC and other relevant stakeholders to ensure that all possible security breaches are nipped in the bud.