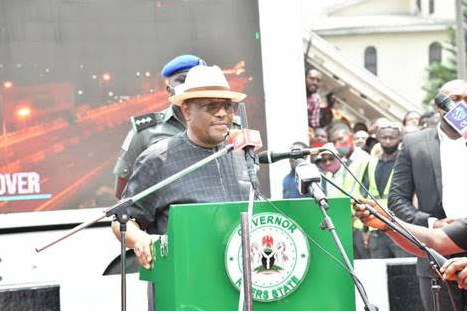 Rivers State government says it has decided to access a N15 billion Central Bank of Nigeria, CBN, infrastructure fund to accelerate completion of three major roads projects in the state.

The resolution by the State Executive Council, also backed by the state House of Assembly would see the CBN facility committed to the Oyigbo-Okoloma and Chokocho-Igbodo Roads completion and construction of a 10th flyover under Governor Nyesom Wike’s administration at Rumuokwurushi-Elimgbu in Port Harcourt metropolis.

At the State Executive Council meeting, Commissioner for Finance, Isaac Kamalu recalled that, “the state government had, prior to now, accessed funds for these projects. So government felt one way it could fast track these projects will be to participate in this CBN infrastructure facility, considering that the facility has low interest rate of 5 percent, repayable within 20 years with three years moratorium.”