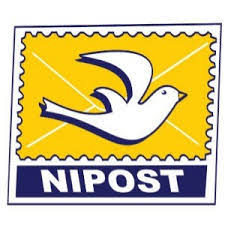 Nigerian Postal Service (NIPOST), through its Courier and Logistics Regulatory Department (CLRD), has resumed its clampdown exercise on illegal courier operators in Lagos.

This is coming as the regulatory author assured industry stakeholders of sanitising the sector of sharp practices perpetrated by unlicensed courier operators.

CLRD, last week in Lagos, resumed its on-going clampdown operations on illegal, unlicensed and unregistered Courier, Express Delivery, Dispatch and Logistics operators nationwide after the Christmas and New Year holidays, as stipulated in the statutory provisions of section 43 of the NIPOST Act 2004 and Regulatory Guidelines 2020.

The clampdown was carried out by a combined team of NIPOST officials, officers from the Force Criminal Intelligence Investigation Department (FCIID), Alagbon Ikoyi as well as armed mobile policemen and the media.

During the raid, which lasted for hours, some unregistered and unlicensed operators of courier and logistics services were arrested and handed over to the FCIID for prosecution proceedings, which commenced the same day of the Lagos clampdown.

Those arrested were charged for offences, which borders on economic sabotage, unethical sharp practices, illegal operations and conspiracy.

Addressing the media shortly after the clampdown, the General Manager, Courier and Logistics Regulatory Department, Mr. Dotun Shonde, who represented the Postmaster General of the Federation/CEO of NIPOST, Honourable Sunday Adeyemi Adepoju, expressed deep concern over the reckless display of impunity and unethical sharp practices by the apprehended operators.

“Those arrested in the Lagos raid, were taken unawares and their records have shown how they have over the years, carried out all manners of illegal courier business, hence the need to continue to sanitise the postal market by embarking on a consistent clampdown exercise nationwide,” Shonde said.

He listed some of the offences to include: Unethical sharp practices, such as price undercutting, pilfering, broaching, damages, loss and dumping of customers items, poaching and subletting of operating licenses with mountain of public complaints about customers being duped or obtaining money from them under false pretences, no traceable office address nor registered brand name.

Others include carriage of illicit drugs and prohibited items like small arms and ammunition, guns, gold, monies, and obscene items.

He explained that operating without a grant of an operating license from NIPOST, amounts to illegality, which according to him is a crime against the state and the federal government, adding that such unethical practice will no longer be tolerated.

He alao stated that similar enforcement operation is being conducted in other states of the federation.