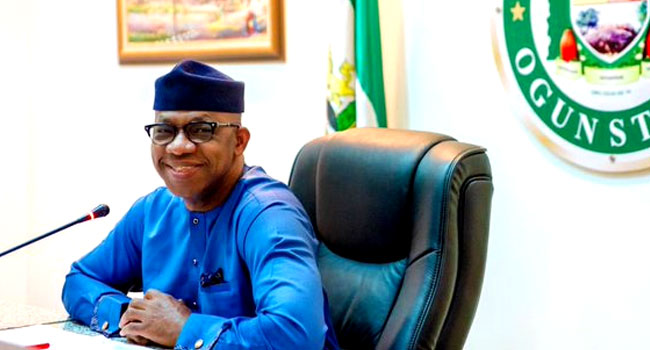 The Nigerian Civil Aviation Authority (NCAA) has commended the Ogun State Governor, Prince Dapo Abiodun, on the progress and quality of work carried out in the Ogun Agro Cargo Airport project.

Officials from the Civil Aviation Authority, led by a director in the agency, Mr Olugbenga Taiwo, who were at the airport to assess the quality of work on the project, eulogised the state government for a job well done and its impact on the citizens through employment generation, wealth creation and industrial growth.

Receiving the officials at the site in Ilishan, Ikenne Local Government area of the state, the Commissioner for Works and Infrastructure, Ade Akinsanya explained that the Agro Cargo Airport would improve the status of the state in the economic map of the country, adding that the government would not relent on its infrastructural drive, especially on the project and the networks of roads.

According to Akinsanya, who represented Gov. Abiodun, there was significant progress on the construction ahead of the delivery date in November, saying the runway, airflow, laying of asphalt and control tower would be nearing completion before the rains start while the terminal plaza would commence soon.

The Commissioner said that completion of the project was geared towards fulfilling Gov Abiodun’s promise to complete all projects embarked upon by his administration and deliver the dividends of democracy to improve individual prosperity.

Meanwhile, Akinsanya, while inspecting the Ilishan-Ago-Iwoye Road, stated that the road was strategic, as it leads to Agro Cargo Airport and would serve as a link road for easy vehicular access in and out of the area. He said the road would be completed in August to improve the socio-economic growth of the state.