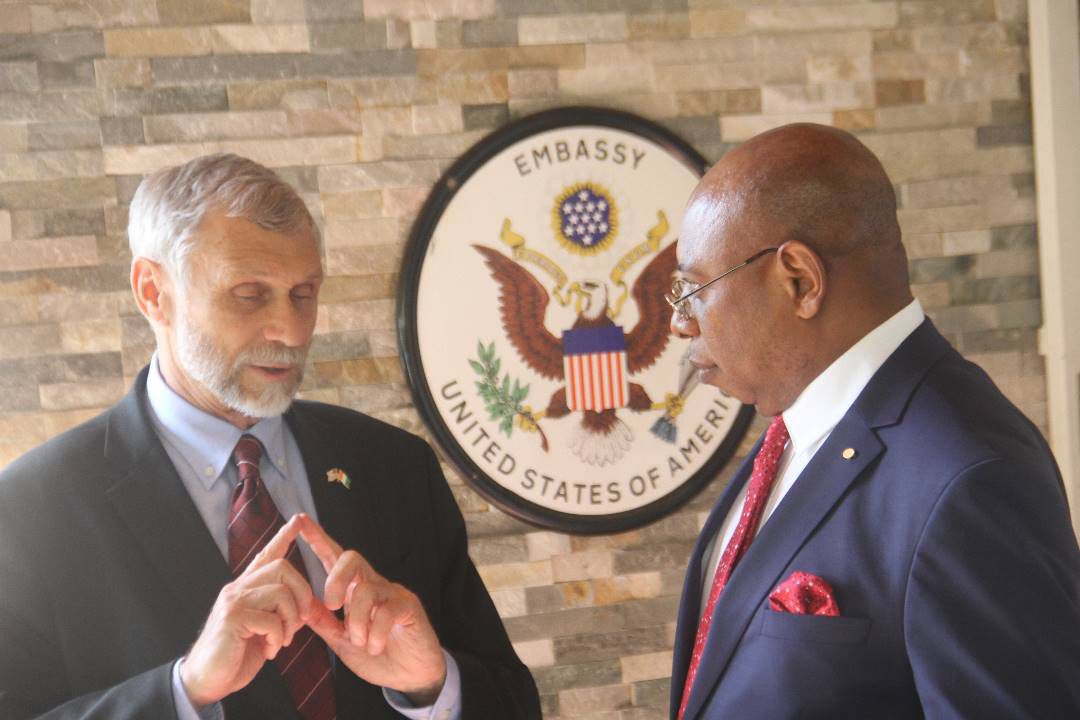 Secretary General, Maritime Organisation of West and Central Africa (MOWCA), Dr. Paul Adalikwu, has called for sustained support from the United States government to consolidate the gains of improved security in the Gulf of Guinea.

Adalikwu who made this call on Tuesday in Abidjan at a meeting with Amb. Alexander Bell, US Ambassador to Cote D’Voire, commended past efforts of the American government in promoting maritime security in the West and Central African region.

Specifically mentioning Exercise Obangame Express, the largest multinational maritime exercise in Western Africa led by the US Navy, Adalikwu said the gains of such military presence are invaluable

According to him, “Achieving and sustaining maritime security comes with multiple benefits like improved trade through a thriving blue economy devoid of piracy and kidnapping of crew members.

“With 6000 kilometers of coastline stretching from Senegal to Angola, serving as a major area of vessel traffic, the Gulf of Guinea is critical to international trade and I must commend the United States for your support over the years. We need more of it”, Adalikwu said

The US Ambassador thanked Adalikwu for the visit and reiterated his country’s commitment to improved relationship with MOWCA and it’s member states.

Ambassador Bell also commented his efforts at building stakeholders confidence in MOWCA since he assumed office a year ago.

Folarin Was A Maritime Repository Of Knowledge-Transport Minister