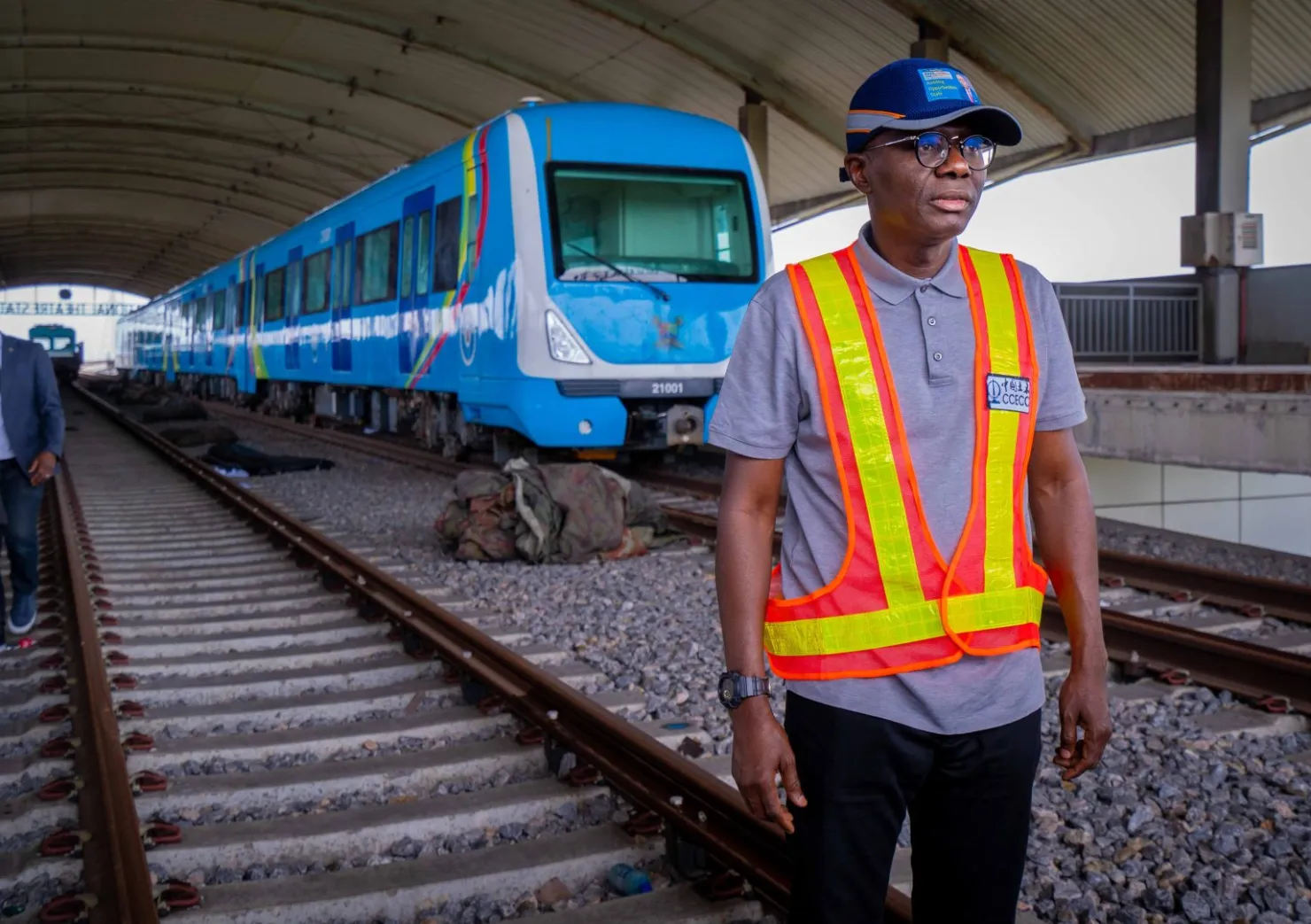 Lagos State Governor, Babajide Sanwo-Olu on Sunday said that work on the Blue Line rail project is at 90 per cent completion.

Sanwo-Olu disclosed this while speaking with newsmen at the Marina Train Station, after about three hours inspection of the ongoing work on the Blue Line rail project and stations at the National Theatre Iganmu, Orile, Suru Alaba, Mile 2 and Marina axis of the state.

He said that the state government is on track at completing work on both the Blue and Red lines rail projects, which are intra-city, to strengthen the intermodal transportation system.

According to him, contractors are working seven days a week, so that residents will ride train on the rail by the first quarter of 2023.

He said that the blue line rail would be running on electric tracks with Electric Motor Vehicle (EMV) and therefore, warned residents to keep off the train lines and ensure they don’t walk on it.

The governor also inspected a new four-coach train, which, according to him, is the typical train that would be used on the blue line.

He said that the Lagos State Government plans to bring additional two sets of four-train coaches from China between September and October.

According to him, adequate security will be put in place at every train station and platform with the use of CCTV.

”This is the first time I am taking you on the blue line to see where we are. The first phase of the Blue line rail project starts from Mile 2 and terminates at Marina.

”Marina Station is an elevated station and it stretches out to outer Marina and terminates where the Governor’s residence is. At the end of the station, you could see that the track is broken into two bridges. The backtrack is for parking.

”We are happy that the contractors are working seven days a week. The major aspect apart from the Marina Station is a sea crossing from Eko Bridge to join the outer Marina. They would finish it in about three months.

”We will be coming back in July, during which the concrete construction should have been completed,” he said.

Sanwo-Olu condemned the level of vandalism along the rail corridors and warned perpetrators to desist from such evil acts.

He said that the government would go after companies that buy vandalised rail tracks infrastructure, and that culprits would be traced and made to face the full wrath of the law. (NAN)