In a bid to bridge the latent skills gap in the industry, Julius Berger Academy, Abuja, graduated its first set of trainees.

The company, historically reputed for robustly enabling remarkable and lasting technical solutions to the most daring engineering challenges in Nigeria, commissioned and launched a Plant and Equipment Academy at its facility in Abuja, the nation’s capital earlier in the year on the 25th of February.

The company’s Managing Director Engr. Dr Lars Richter, due to competing corporate engagements, was represented by the company’s executive director of administration, Alhaji Zubairu Ibrahim Bayi at the graduation ceremony of the pioneer set of trainees from the institution.

Alhaji Zubairu Bayi who read the Managing Director’s address at the ceremony delivered the warm felicitations of the MD and the executive management to participants at the ceremony and described the event as an epoch-making milestone in the annals of the company. He proudly celebrated “the successful graduation of the first set of artisanal trainees to pass through the strategic Julius Berger Plant and Equipment Academy” to a good round of applause from participants and guests. 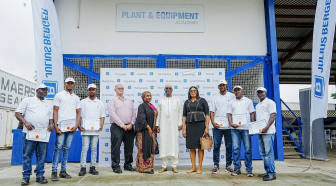 Bayi particularly welcomed Julius Berger’s strategic partners for the work of the Academy, the Armed Forces Electrical and Mechanical Engineering Mechatronic School (AFEME), managed by the Nigerian military in collaboration with the German Technical Advisory Group. Speaking further, Bayi stated, “Our operational cooperation has seen AFEME deliver on all theoretical aspects of the Academy’s curriculum while Julius Berger took charge of the practical aspects of the training programme…that functional synergy of purpose has successfully led us to this celebratory moment, where we are now graduating trainees from the JBN Academy.

In giving substantive context to the event, Julius Berger said the gathering was “to proudly mark yet another key mileage in our company’s engineering solutions offer to our company and to Nigeria in general.”

Bayi stated that the idea, its conceptualization, launch and the focused implementation of the Julius Berger Plant and Equipment Academy derived from the company’s partnership approach to Nigeria’s well-rounded development, and is “a proud anchor of Julius Berger’s lasting patriotic faith in the unstoppable success of the Nigerian industrial self-reliance project.” 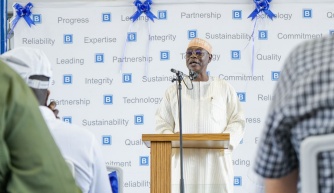 According to Bayi, from its inauguration on 25th February this year to the pioneer graduation ceremony of its trainees, it was and remains the executive management’s hopeful vision, that the Julius Berger Plant and Equipment Academy will be “a leader institution in technical training, the company’s funnel for dynamic, highly trained and resourceful technicians to fill the needs of the company and the industry in general.”

Notably, with a start-up number of eight trainees in the pioneers’ class for technical handling and maintenance of internal combustion engines, six trainees successfully passed both the rigorous theoretical and practical training modules and graduated on Thursday. That itself, according to Alhaji Bayi “…speaks to the strict technical and methodical training and assessment processes of the Academy, which guarantees that only well-trained, meritoriously viable and reliable artisans emerge from the Academy for the use of industry,” adding that, “that remains the dream, productive and lasting vision of the Academy.”

While thanking the managers and facilitators of the academy for their commitment to the excellent idea and ideals of the unique institution, Bayi also used the occasion to congratulate the graduating trainees for their disciplined commitment to their studies and success. He wished the successful graduands the best in their career endeavors going forward and charged them as worthy alumni of the Julius Berger Plant and Equipment Academy to remain good ambassadors of the potentially great Academy both in practice and in character.

Industry watchers consider the emergence of the Julius Berger Plant and Equipment Academy as a brilliant and strategic initiative with due regard to the country’s much-needed technical industrial self-reliance and development.

Besides Julius Berger technical and administrative personnel who accompanied the Executive director of Administration Alhaji Bayi to the ceremony, other guests present at the first graduation ceremony of the Julius Berger Nigeria Plant and Equipment Academy included officers from the Armed Forces Electrical and Mechanical Engineering Mechatronic School (AFEME) and senior officials of the Industrial Training Fund led by its acting head of training, Mrs Chukwa.