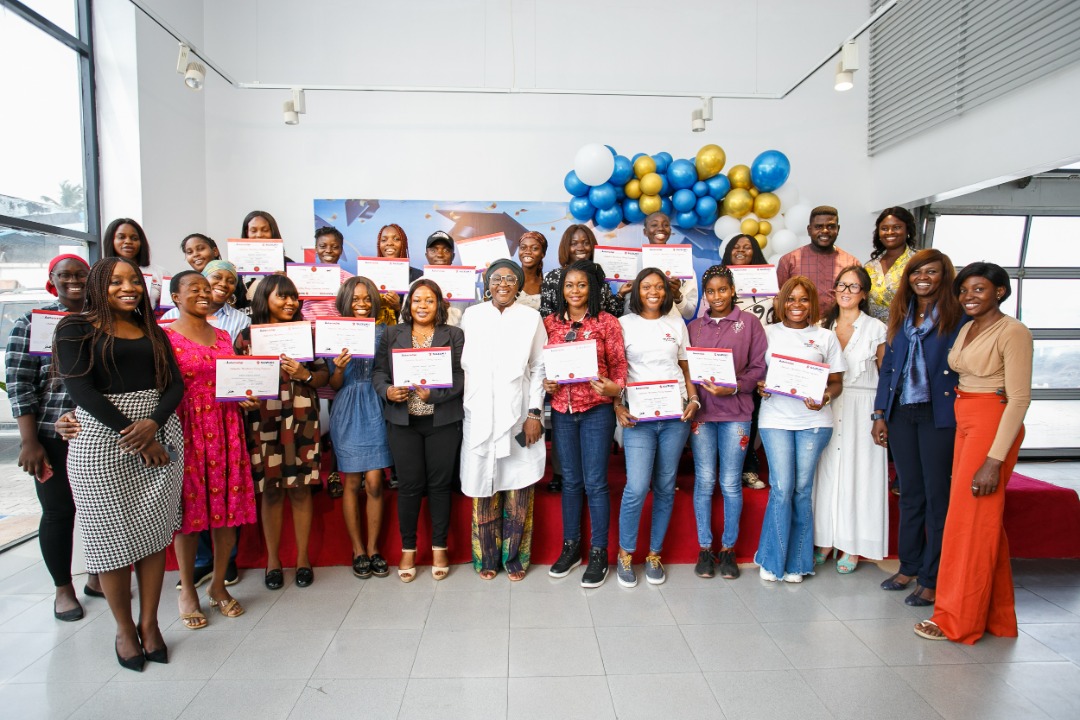 Photo Caption
Cross section of the first batch of graduands awarded certificates under the Suzuki by CFAO Suzuki Empower Her (SEH) programme. The event was held inside the Suzuki dealership located on Victoria Island, Lagos

Suzuki by CFAO has proven its willingness to contribute its quota towards the empowerment of women with the Suzuki Empower Her (SEH) program.

The training program, which lasted four months, ended with a graduation ceremony last Thursday, December 15, 2022, for the first set of female automotive technicians in its maiden edition.

The female technicians received thorough theoretical and practical insights into a variety of topics, including but not limited to gearboxes, engine diagnosis, repairs, and sensors, during their training in partnership with Automedics, which began on August 1, 2022.

During the graduation ceremony, the General Manager, CFAO Suzuki, Aissatou Diouf, stated that she envisages a successful long-term partnership that will empower the female gender beyond training and emphasized the need for consistency.

“We don’t want to just train them and let them go.” We need to do a lot of things to empower them more. It has to be something consistent, not to show that we are doing something but to know that Suzuki by CFAO have empowered women.”

The ceremony, which was held at the Suzuki by CFAO showroom in Akin Adesola, was themed “Getting Ready for the Future” and started off with a question-and-answer session with Helene Paradisi, finance director of CFAO Mobility, and the general manager of Suzuki by CFAO, Aissatou Diouf.

The panelists got the chance to talk about their work experiences and give motivational tips for the young graduates.

The graduands were later awarded certificates, and the two best-performing students were granted an internship opportunity with Suzuki by the CFAO.

The SEH program is an industry initiative that further reiterates a commitment to allowing women to grow and make a mark in the automotive industry, which is predominantly male-driven.

Interestingly, Suzuki by CFAO, with its diversified workforce and women taking on challenging roles from the top management level, is an embodiment of one of the CFAO Group’s core values, diversity.

The SEH program seeks to empower women in the automotive sector by offering free training to individuals who don’t have the resources but want to begin and advance their careers as technicians.

The curriculum is now complete, and the graduating female automotive technicians will have the chance to look for employment in the car industry and other relevant fields.

Recall that on August 1 of this year, Suzuki, CFAO Nigeria, and Automedics Limited signed a Memorandum of Understanding (MoU) to kick off the Suzuki Empower Her (SEH) program that ended last November.