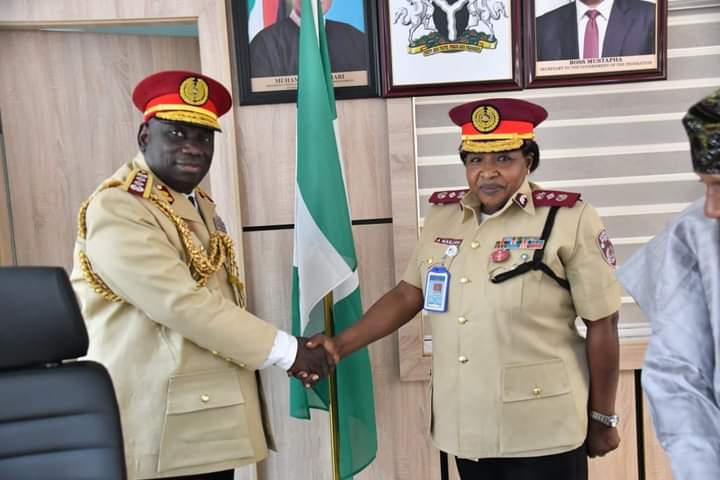 The approval came at the end of the meeting of the Commission, ratifying the resolution of the Establishment Committee of FRSC on promotion of Officers, where the exercise was diligently deliberated upon.

The Officer appointed to the rank of Deputy Corps Marshal, Assistant Corps Marshal, Ann Marja is to represent the North Eastern Zone of the country following the appointment of the former DCM representing the Zone, Dauda Ali Biu as substansive Corps Marshal of the Commission.

The Board Chairman, Mallam Bukhari Bello expressed delight over the attitude of transparency and objectivity that heralded the whole process and urged the promoted Officers to show more commitment and rededicate themselves to achieving the Corporate mission of the Corps which is to eradicate road traffic crashes and create a safer motoring environment in the country.

He stated that the promotion exercise is part of the Commission’s drive towards rewarding excellence, diligence and hard work which is in line with the administrative philosophy of the present leadership of the Corps.

The Corps Marshal, Dauda Ali Biu equally congratulated the newly elevated Officers for their excellent performances during the exercise, noting that every promotion comes with greater responsibilities.

He charged them to put in their best in the course of their duties as the new ranks call for more focus, more dedication, commitment and passion.

Speaking further, the Corps Marshal promised to improve the general welfare of the personnel of the Corps to the satisfaction of all. As such, he beckoned on all personnel to be of good cheer and put in great efforts towards the realisation of the corporate mandate of the Corps.