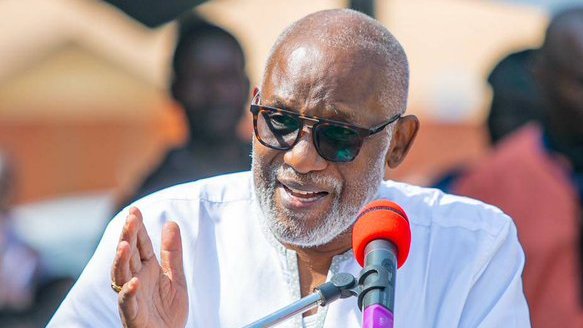 The Ondo State government has suspended activities of the  National Union of Road Transport Workers (NURTW), in the state, while a management committee has been set up to oversee the affairs of public parks in the state.

Members of the union last Thursday protested against the alleged interference of the state government in the affairs of the union.

The protesters alleged that the state government was planning to impose the immediate past chairman of the union, Mr Jacob Adebo, for a second term in office.

In a statement by the Press Secretary to the Deputy Governor, Mr. Kenneth Odusola-Stevenson, on Sunday, the government said activities of the union in public parks had been suspended.

According to the statement, the immediate former chairman of the union, Adebo was appointed the chairman of the committee while Mr Bayode Gbenga was named as the Secretary.

Meanwhile, the Lagos State Secretary of the NURTW, Oluwaseyi Bankole, has said meetings and the sale of union tickets have been suspended in the state indefinitely.

Bankole, in a statement on Sunday, said the development was in line with the ban placed on union activities in the state.

Bankole said, “This directive is sequel to the ban placed on union activities in Lagos State by the state governor. Henceforth, no member of the union should make any payments whatsoever at any of the state council offices.

“Also be informed that meetings are temporarily suspended, and any gathering whatsoever will not be allowed at the council’s premises. This is to avoid anyone being embarrassed or arrested by the security agencies as a result of flouting the order of the governor.

“I will also advise our members to stop any payments of any form to avoid duplicate payments. The National Headquarters in Abuja and the Southwest office, Zone 2, in Osogbo, will communicate at the appropriate time when to make payments.”